Here's What You Should Know About Egypt's Preparation for COP27 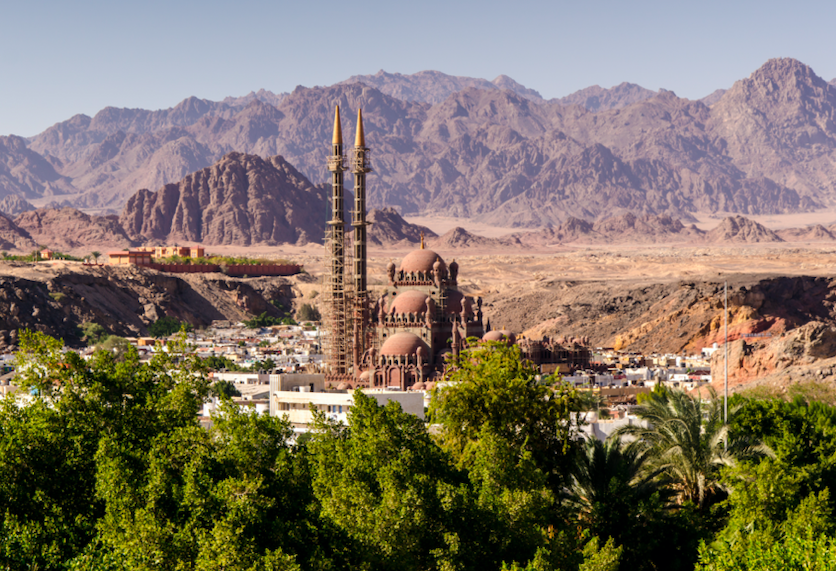 Egypt hosting COP27 is a game changer for this annual event. The country has made it clear it represents the entire continent and is placing the  Africa agenda as a priority of discussion. Hosted in Sharm el Sheikh, a city in between the Sinai Peninsula and the Red Sea, Egypt is preparing for the conference by prioritising climate finance, education, energy and food security.

Sharm el Sheikh, also known as the city of peace, has been awarded by UNESCO as the "finest city in the world for peace and beauty". The city has hosted international conferences like the UN Convention of Biodiversity Conference of Parties in 2014 and the Africa 2018 Forum. The Ministry of Environmental has said the city is becoming a triumph in sustainable living, bringing conscious tourism as a priority.

President el-Sisi is placing the green transition at the forefront of the government's agenda, aiming to reach an energy mix where 42% of Egypt's energy comes from solar, wind and hydrogen fuel by 2035. Mega-projects like the New Administrative Capital, the Egypt railway, and the development of the fourth-generation cities are tangible examples of the country's commitment to reach the conference with a strong sustainability stance. The comprehensive National Climate Change Strategy 2050 is thoroughly monitored by the Minister of Environment. The initiative invites climate action to be implemented through green banking, scientific research and policy-making.

The Minister of Finance, Mohamed Maait, has announced that Egypt is investing EGP 9.5 billion in developing 28 local universities in 2022 and 2023, and around EGP 442 million will be invested in fulfilling the infrastructure and development of technological universities. In addition, the New Administrative Capital will be home to 50 international schools and universities; six of whom will be from the United States, Great Britain, Hungary, Canada, Germany and France. Providing students with the resources and skills for the current market and industry is a priority for the government.

Evidently, at the urban level, there is a comprehensive focus and impact on socio-economic development. However, the Ministry of Agriculture closely monitors peri-urban and rural areas. According to a recent report by the Ministry of Environment, the Ministry of Agriculture, in partnership with the World Food Programme, has launched an initiative to provide smallholders with the support to adapt to unstable climate conditions. Strategies include early warning systems, land consolidation and value addition in agriculture and intercropping.

At the macro level, Egypt has hosted the Egypt International Cooperation Forum and the Big 5 Construction conference this year, bringing ministers, heads of government, international development partners and investors together to start the conversation about Africa as an investment hub. The country has also co-developed the Adaptation Action Coalition with the UK, Bangladesh, Malawi, the Netherlands, Saint Lucie and the United Nations Development Program. This initiative brings the stakeholders together to find solutions for climate change. Dr. Yasmine Fouad will be focusing on prioritising the Africa Strategy for Climate Change and Resilience 2022-2023, giving Africa an imperative role in the conference.

The conference will be imperative for discussing the improvement towards the Sustainable Development Goals, the need for climate finance, and the acceleration towards the green transition in order to reach food and energy security.